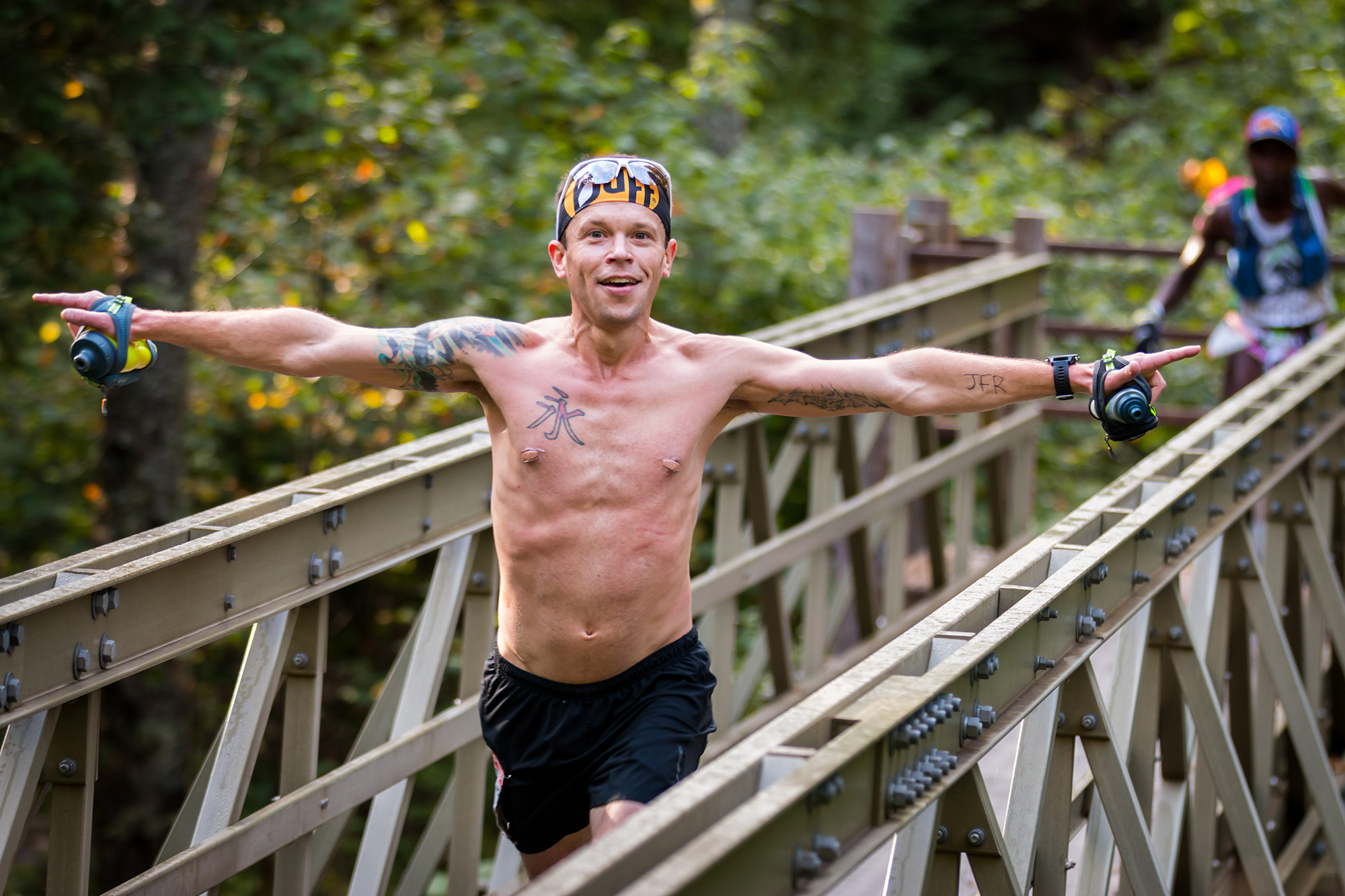 An interview with Neal Collick (NK) post Superior 100, 2018 where he won the race and smashed the existing course record.  Interview conducted by Kevin Langton (KL)

In 2017, Neal Collick won the Superior 100 and came within a minute and a half of the course record, then held by his coach, Jake Hegge which he set in 2015. In 2018, Neal took an early lead and brought the win and new course record home in 18:56:02, shaving over 34 minutes off the previous course record and making him the only sub 19 hour runner on the modern course (the older course is considered faster, and the legendary runner Eric Clifton ran it in 17:21 in 1992).

KL: Neal, congrats on a great race and the new course record. Doing this interview feels like deja vu—seems we were doing the same thing about a year ago.
NC: Thanks! It does feel somewhat like déjà vu, except this year I was a little more focused on the course record and I was able to execute.

KL: What were your plans or goals for the race (I’m guessing that course record was one) and how did the race play out for you?
NC: I usually have multiple goals for every race with the first being to just finish and be healthy. The extreme goal for this year was to beat the course record. My focus for that was to run the first half similar to last year, and to not lose time on the second half. Marcus Quintiliano broke down the numbers. It looks like I was two minutes slower to Finland this year, which put me 11 min under CR pace. I cut off another eight minutes in the section to Crosby, and continued to cut time off all the way to the finish. Having these numbers to compare to the effort I remember is a really interesting way to reflect. I owe Marcus big time!

KL: Tell us about your crew and pacers and what they did for you. I know Marcus had set up a time schedule for you and it sounds like you were sticking to it—can you speak to that some as well?
NC: My friend Rylie was the crew chief. She’s helped at a lot of my big races and knows the sorts of things I need or don’t need to be successful. My main rule for the crew is that she has the final say in all decisions. Mike Borst picked me up at Finland, and from there we picked up the pace. He simply said, “Just shut your brain off and follow me” as he led me down the trail. A main goal with him was to get through the gorge before sundown, which we did. Marcus picked me up for the last 20 miles or so. Not only did he pace and crew, but he had every section broken down with a time goal and a short description so I knew what I was going into. He had splits comparing Jake’s record to my 2017 times, and also a time goal for this year. It’s pretty tough to predict times with the varied terrain of the SHT. Somehow Marcus nailed it.

KL: So your girlfriend was running a different 100 miler simultaneously? Please fill us in about that. Also, did you guys train together? Taper together?
NC: My girlfriend, Kellie, signed up for the Hallucination 100 because I said the timing worked out well after Voyageur. Oops! I’ll never live that one down. We each really wanted to be there to support the other one at their event. Her race started at 4pm on Friday so she was able to see how I was doing before she started. Our crews also had a group text set up so we could pass messages to each other. We didn’t know it at the time, but we had both instructed our crews to not tell the others about any low points. We didn’t want to bring the other person down. I called her crew after I finished and got to talk to her before she set out on her final two loops. She nailed every part of her race and finished with an incredible time and place (21:35/second female). I’m still trying to talk her into running Superior! We did run together when we could. She’s not a big fan of hills and that’s mostly what I was training on. Our summer schedules were pretty much the same as far as races go, so the tapers and long runs worked out well (so did the post run food). She understands how important running is to me and is very supportive in my training.

KL: Last year you missed that course record by a minute, while this year you busted it wide open. What did you do differently in preparation? And now that you are going to PTA school, is it harder to find time for training?
NC: I didn’t do a whole lot differently this summer. I compared some of my training and think the volume was actually a little bit lower overall. I ran hillier routes on my easy runs, and just tried to keep the long runs specific to what I would face at Superior. Thankfully I started the hard part of PTA school while I was in taper mode. I think my training would have taken a big hit if the race was a few weeks later. It’s nice to have some downtime from running now so I can focus on classes.

KL: The record that you broke belonged to your coach, Jake Hegge. I’ve noticed he likes to talk a little smack sometimes, but it also seems like he was rooting for you to get his record. Can you tell us more about your relationship, especially during your race.
NC: I couldn’t ask for a more supportive coach. He was pulling for me to break the record all summer. Jake helped at the race when he had some time throughout the day. He was a big source of inspiration as he would yell, “Don’t just beat the course record, CRUSH IT!” I’ve been working with him for a few years now and he really knows how to read me. He was able to give the crew some insight on how much and when to push.

KL: What’s something non-running that helped you at Superior?
NC: The support from family and friends really helped me. Life is full of stresses and responsibilities. Having that support system is what allows me to maintain the life/running balance. The support from Queen City Running Company and Buff USA also help me to train all year and in any weather. I know that’s running related, but their support went a long way in helping me achieve my goals.

KL: Did you have any low points during the race? If so, what helped you through it/them?
NC: I wasn’t allowed to have any low points during the race. My crew wouldn’t let me! But really, they were great in not letting things get too bad and making sure that I was taken care of. I was also thinking about Kellie out running her race. I knew that I could help her by running strong. I try to keep things fun when I can. Last year it was jumping cones at County Rd 6. This year it was flossing by Bean Lake.

KL: Bonus question: Please make your own question (and answer) that reveals something you think we should know about.
NC: Q: Have you ever considered getting a wolf tattoo? A: I’ve considered it a few times, but tattoos are permanent. Would I really want to mark myself up for life?