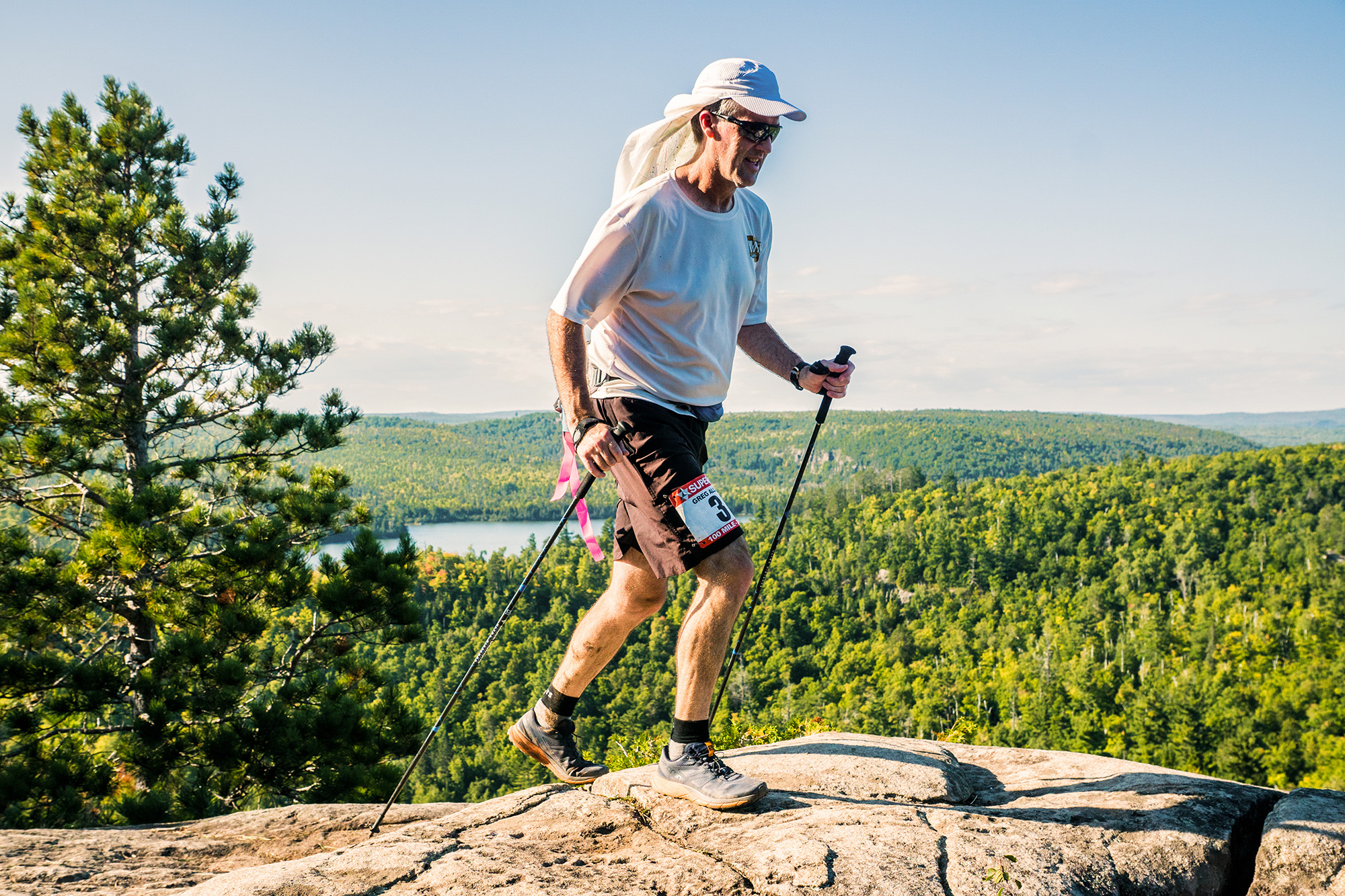 An interview with Greg Allen (GA) about his 2018 Superior 100 finish – Greg had 7 DNF’s at Superior 100 prior to this years race – the lesson; never, ever, ever give up.  Interview conducted by Kevin Langton (KL)

KL: Hi Greg. Congrats on your finish at Superior. While we need to talk about your race this year and your finish, what makes it so incredibly special is that you’ve attempted this race seven times previously and not finished. Your perseverance is amazing. Can you comment a bit about your previous attempts?
GA: Some years went better than others. There were two years where I made it past Crosby and felt like there was a chance. On the other end of the spectrum, there were years that I had to “sprint” into Finland to beat the 2 AM cutoff. It’s an odd feeling heading out into the woods alone knowing that nobody will be coming behind until the 50 Mile starts

KL: What’s kept you coming back?
GA: Why wouldn’t you want to come back? No matter what happens, being out on that trail is a pretty good day. How many people get to head out into the woods with a headlamp? That’s pretty cool. Even last year, which was probably my worst, things were going really badly around County Road 6, and then going down a big hill after section 13, there was a hole in the trees where I could see through to the lake with the moon coming up. It was just amazing.

KL: Did you do anything different in training or approach for this year’s race?
GA: I ran a 50 miler in a blizzard this spring. I’m sure that had to help somehow. Apart from the blizzard, my running was pretty similar to other years. I did a lot of the same races. Chippewa Moraine 50K, Grandma’s Marathon, and Voyageur 50 but then after Voyageur I went to Colorado for a week with my family and abandoned them several days to climb 14ers. I’ve wanted to climb Mt. Harvard for a few years and I think four days of hiking at altitude had to help.

KL: I was at the finish line when you came in and so many people were saying, “We’re here to see Greg finish.” You had a big crowd! What was it like to come in there with so much support?
GA: That was such an amazing way to end things. I saw Donny Clark up on the hill right before Silver Bay and he told me, “It’s better to die out on the trail than to have to go back and face everybody.” I thought about that a lot the rest of the way and I’m glad that I wasn’t faced with either of those choices. The best part was finally getting to show my parents a finish. They have crewed at most of my attempts and spent a lot of time waiting for me to come out of the woods so getting to hug them at the finish line was really great.

KL: What were your plans or goals for the race and how did the race play out for you?
GA: With all those DNFs, there could only be one goal for the race. I tried to really concentrate on not going too hard at the start, but still hit all the early aid stations faster than I’d ever done before. I remember asking someone how long before I would know if that was a good thing or a bad thing. Gary Sheets went with me from Finland past Crosby and up the Manitou River gorge. We got to Crosby while it was still dark. That was a first for me and was the first point in the race where I started to think about being able to finish. From there it was a 16 hour math problem about cutoffs.

KL: What best prepared you for such a race?
GA: I told my wife it was climbing 14ers but that was more of an excuse to go to the mountains again in the future. Probably the biggest difference cutting way back on drinking pop. I sit at a computer all day at work and usually would drink a bottle of pop each morning and afternoon. Cutting that out and drinking water made enough of a difference to drop 15 pounds. I made up for lost time drinking a lot of Coke during the race and the caffeine seemed to have more of an effect than before.

KL: What’s something non-running that helped you at Superior?
GA: I just mentioned not drinking pop, but I’ll throw in one other thing, volunteering at races. John Stewart mentioned drinking Boost when we were marking the Chippewa 50K and John Horns talked about using Shot Blocks at Hard Rock when we were cleaning up after an Endless Summer race. I was able to eat both of those better than a lot of other things that I usually eat.

KL: Did you have any low points during the race? If so, what helped you through it/them?
GA: This year there were no really low spots. I stayed really focused to the point of trying not to look around at the views.

KL: Can you tell us about the benefit race your family holds?
GA: Five years ago my brother Doug passed away suddenly two weeks before Superior. His heart went into a bad rhythm and stopped. He was a runner too and a doctor. The following year the Night Owl Races started to raise money toward a scholarship for people going into a medical profession. The race that we wanted to put on was a six hour timed event, but we knew that wouldn’t be the kind of thing that would raise a lot of money so we have a 5K and 10K as well. The 5K and 10K are run under the lights on the ski trails at Lake Elmo Park Reserve. The first 3 years, the Lakeview Foundation put on the race. We were lucky to be able to get Jeff Allen to be the race director for those years. Once the scholarship raised enough money to keep going, the foundation wanted to get out of the business of putting on races and so our family decided to take over. I like to think of the races as part of the slippery slope of ultra running. The 5K/10K races are a good safe intro to night running and the Six Hour Shuffle is just long enough to start getting into ultra distances.

GA: I don’t know how much this reveals, but it’s kind of a fun question. What’s the best thing you overheard on the course?

One of the good things about being out in the woods so long is all the good stories we get to hear on the trail. With 50 milers going by, sometimes all we hear are one or two lines. Coming down Moose Mountain right near the end, I heard someone say “This is the hill that made me quit smoking.” Kind of adds a little perspective to it all. 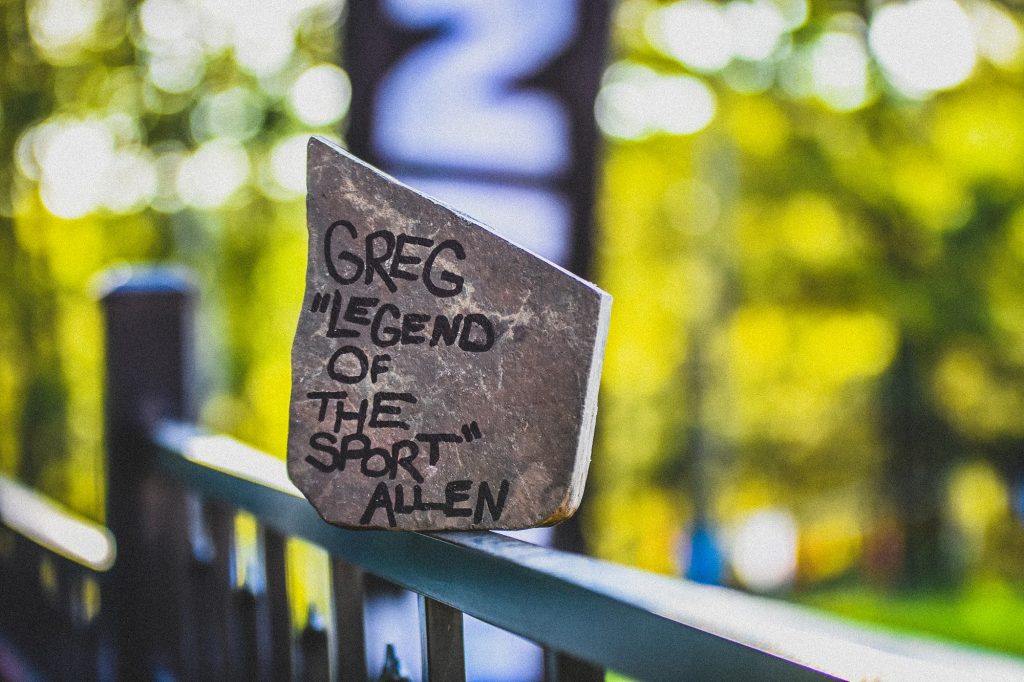