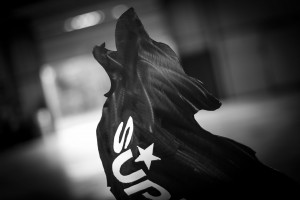 I’ve said it before, but I’ll say it again: there’s nothing quite like Superior.  It’s where roots and rocks lay waste to west-coasters who think they’ll breeze to a course record. Where you can only feel the elevation profile – “death by a thousand paper cuts” – once the damage has been done. Where the sharp basalt shoreline rises stark from the frigid, blue knife’s edge at the meeting of the north woods and the lake that they call Gitchee Gumee… Sawtooth. The Big Dance. Whatever you call it, Superior is here, baby.

One of the original dozen-or-so trail hundred-milers in the US, Superior doesn’t look quite the same as when it started in 1991. Now point-to-point from Gooseberry Falls to Lutsen (and featuring a 50-mile and 26.2-mile race that also end at Lutsen), the 103.3-mile race features 21,000 feet of elevation gain (and loss), 95 percent singletrack, and a 38-hour cutoff for the 250-odd (250 odd?) runners taking part. It’s impeccably-marked, and incredibly scenic, though I don’t recommend looking up, lest you spill yourself and the contents of your race vest all over the Crosby-Manitou section. (Speaking from experience, if you do this, remember to check if you still have all your GUs collected before you continue.  Conditions have been cool, and they’ve been hot and humid; they’ve been muddy, and they’ve been dry; they’ve been great, and other years they’ve been terrible. Welcome to September on the North Shore.

Please follow my contact info at ultramn.com for corrections to this section. Please write on my Facebook wall on in the comments section of my Instagram (@alexpkurt) with any subjective quibbles. For spelling errors, direct your complaints to Adam Lindahl at adam@tcrunningco.com or (952)239-5351.

Record Finishes:
Michael Scandrett is going for #7; Tom Weigt for #5

Some Notable Participants:
-Jake Hegge: won the 100 last year and set a course record; second at Voyageur this year.
-Ben Kampf: won in 2013 and 2014, second last year. His face is probably red right now.
-David Hackworthy: third at Afton this year.
-Andy Holak: should have a shot at the Master’s title (those were John’s words, not mine, Andy).
-Christine Loza: won the Chippewa 50K and third at Afton this year.
-John Horns: trains with Loza, and two-time 100-mile winner, could have a shot at the Grand Master title; Rob Class, 56, could give him a race, though.

Superior: The Book
Those wanting a more thorough and…accurate take on Superior’s history should check out Superior: 100 Mile Endurance Run, One of America’s Oldest, Toughest and Gnarliest Ultramarathons by our own Kevin Langton. Word is he’ll be selling copies at the race. 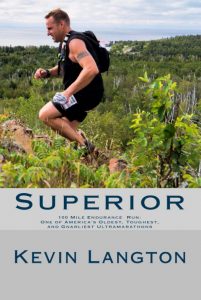 We thank everyone that entered the 2022 Superior Fall Trail Race 26.2MI, 50MI and 100MI lottery. The lottery drawing for the September 2022 event took place in accordance with our lottery protocol and procedures. Complete 2022 lottery drawing information can be found HERE https://www.superiorfalltrailrace.com/2022-lottery-selection/

You have Successfully Subscribed!