Superior has this way of both scaring and exciting the hell out of me. – An Interview with 2019 Superior 100 Mile Women’s Winner Kelly Teeselink 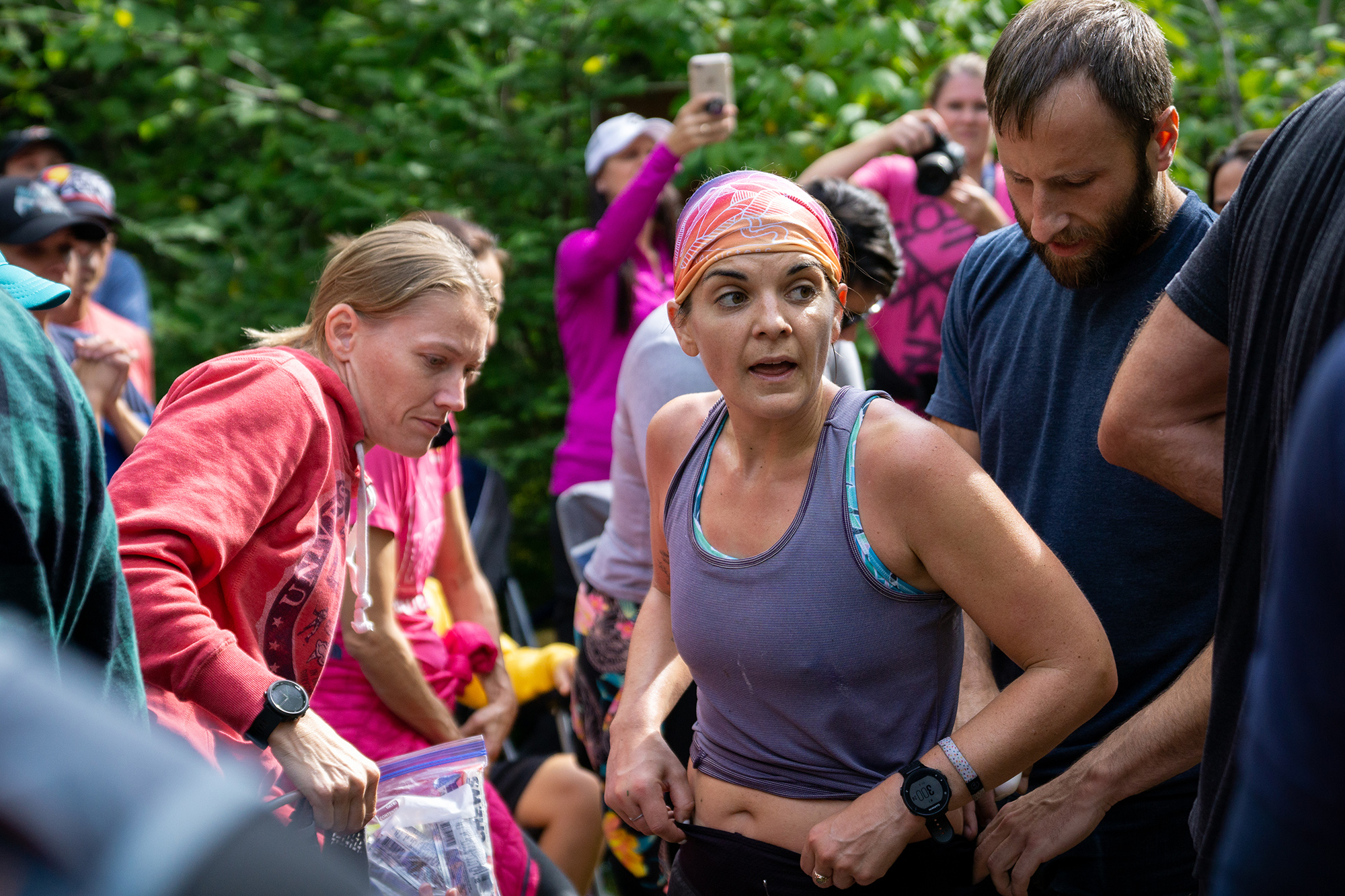 KT: I live in Iowa City, Iowa and have since I was 18 and came here for college. It’s a gem of a little city and the only thing I’d change is more trails and vert! I am one of the lucky ones who was able to turn a passion into a job and am the executive director of Girls on the Run of Eastern Iowa, an after school program that uses running to inspire girls ages 3rd-8th grade to be joyful, healthy, and confident. I began running in 2010 using the Couch to 5k program and ran my first ultra in 2013. I live with my boyfriend, Ross (aka crew chief for life), and our three hilarious cats.

KL: You know this course well—you’ve placed first in the 50 miler and last year placed third in the 100. What keeps you coming back to Superior and what is your key to success there?

KT: Superior has this way of both scaring and exciting the hell out of me and I think it’s this perfect balance that keeps me coming back to see if I can do better on an unpredictable course. My experience at the 50 in 2017 was awesome—the course, the RD’s impeccable attention to detail, the BEST volunteers, and my fellow runners all made the day great. And my experience has only gotten better which makes it hard not to come back. I think my personal key to success so far is experience—both as an ultrarunner and with the course. Every time I’ve run this race, I become more knowledgeable, more in tune with the SHT. We also spend a week in the summer on the North Shore, allowing me to get 4-5 days of solid training on the course. (Shout out to Ross for letting me plan our vacations around training.) I feel like I know the course well which helps me mentally prepare for the tough sections.

KT: My “A” goal was to finish with a time that started with “25” (my time was 26:31 last year) but I also know that as much as I try, I can’t control what legs are going to show up on race day. I didn’t rely or look at splits or anything like that; I just ran by feel, ran my own race, and hoped everything would align with my goals. I did not want to try and hit certain aid stations by specific times and force my body to do something that would result in digging myself in a hole. I told my crew to not tell me split information until the second half of the race and only if I asked. Overall, the race went great. I am a pretty conservative runner and getting stung three times at mile seven made that even more so 🙂 I had a mild allergic reaction that caused my heart rate to skyrocket for 10 miles or so but eventually everything went back to normal. After that was behind me, the day was fairly uneventful in a good way. In addition to not paying attention to splits, I also try not to pay attention to placement until later on (obviously, sometimes it’s hard NOT to know). After Tettegouche, I passed a few women and I think I was in 4th. One of the women I passed was April Anselmo—that would be the first of MANY times. I think we passed each other 5-6 times over the next 50 miles and a few times throughout the race we ran together. Running with April was a highlight of my race. By Oberg, I left the aid station thinking I was in second but my crew told me I was in first which was surreal to say the least. They hadn’t told me until then and I think it was a smart move. I was also really bummed to hear Mallory dropped. I then ran terrified the last seven miles thinking April would pass me one final time. My two pacers, Cristi and Michele, were awesome and kept my spirits up—and tried to get me to stop looking over my shoulder every two minutes! Other highlights included seeing my friend and volunteer, Tanya, at County Rd 6, running with my friend Mike for a few miles, the AMAZING volunteers, and cheering my fellow runners in on Saturday. Oh, and I lost my shoe to a mud pit a few miles before Finland—point, and THEN pull, people! (Thanks to Michele for that tip). I did get the shoe out, FYI.

KL: What best prepared you for this race?

KT: I honestly think it was consistency and experience. I didn’t do anything out of the ordinary—just got the miles in, did the speed and hill work, and embraced recovery. Knowing the course is pretty dang valuable, too.

KT: Strength training is something I usually let slip but I was able to usually get in two sessions in every week this training cycle. Nothing crazy—mostly core and body work stuff, and also a lot of single leg work with TRX bands. I also prioritize recovery—my recovery runs are really, really easy, I get regular deep tissue massages, and I try to get 7-8 hours of sleep.

KL: Did you have any low points during the race? If so, what helped you through it/them?

KT: Nothing too terrible but I think the Sugarloaf section was one of my lowest. I wanted to run but there are sections that are just technical enough and covered by grass that I felt like I could not get a good rhythm going. I just kept reminding myself that it wouldn’t last forever. I think during this section I turned off my headlamp at one of the open spots and took in the stars for a a few seconds (definitely recommend even if you’re not in a low spot).

KT: I get a lot of questions about training for a race like Superior in Iowa. While Iowa is definitely flatter than the North Shore (and many other places), a lot of folks would be surprised how hilly Iowa can be, especially on the east and west borders. I’m about an hour from the Mississippi and can find really good trails to train on in Dubuque and in the more NE corner of the state. I’ve also used the treadmill, which isn’t ideal, but can provide sustained climbing if needed.

I also want to comment on how kickass everyone at Superior is—volunteers, runners, and spectators, from the start to the finish. Every interaction I had was so incredibly positive. There are so many little moments throughout the day that I will never forget and it makes me feel pretty grateful to be part of this community.

Also, shout out to the woman at the starting line who was trying to get more ladies to the front!! I appreciate you!